It has been a really tough month to find enough time to fit in the February challenge especially knowing that it took many of the DBs a whole day to put together. I did not want to give it a miss so yesterday, I decided to give it a go. Of course it did not help with my husband deciding to make gallons on marmalade and wanted help with the chopping squeezing and pithing the oranges (and he tells everybody it is his marmalade). But he did allow me in the kitchen.

I started at 6.00 am and followed the recipe exactly. The first rising was great even though it took 4 hours. Not a problem. The second rising took another 4 hours and by then I started to lose it. Not a problem, I plodded on thinking that I would be able to put the batards in the oven by 7.00 pm as we were going out to celebrate my husband's birthday. Well at 6.30 the dough was still not risen enough so we decided to go out and bake the bread when we come back.

We returned home at 11.30 and the poor dough was still a very poor sight, not plump as it should be. But I decided to bake the loaves irrespective. Thirty minutes later, the batards came out looking very sorry for themselves.

I did not enjoy making the bread at all. Perhaps because it was a very long long process from beginning to end. I cannot image making the bread again. Thank goodness for the bread machine which gives me a very good loaf of bread in 4 hours.

The length of the recipe instructions(13 pages) did put me off but I followed the instructions and read it about 3 times throughout the month. I was so looking forward to making the bread considering the success of other DBs.

I'm not going to post the recipe here, but if you want to view it you can visit Breadchick's blog (who was also one of the hosts for this month's challenge).

Well at least I have tried despite not suceeding. 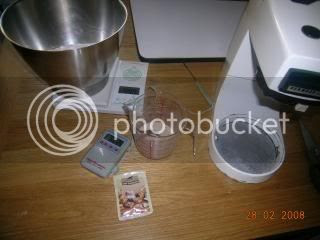 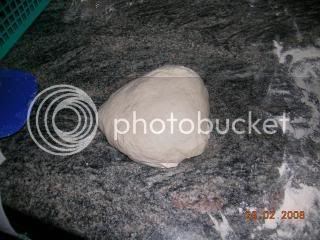 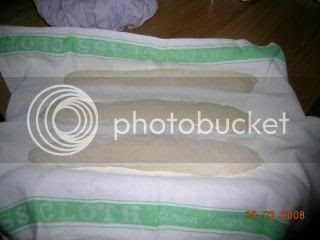 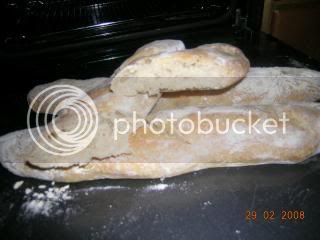 Cake for the Prime Minister continued

Well at last I finished the cake which was I was told today that I had to present to Dr Lawrence Gonzi, the Maltese Prime Minister.
It was certainly a lobour of love as the replica of the annexe in sugar took me a whole week to do. It was made out of pastillage and I had to cut out sections and leave to dry before I could continue. Mind you I was pleased with the outcome. I also had to do 3 coats of arms in runout sugar. The pictures show the cake and the cutting of the cake by the Prime Minister. 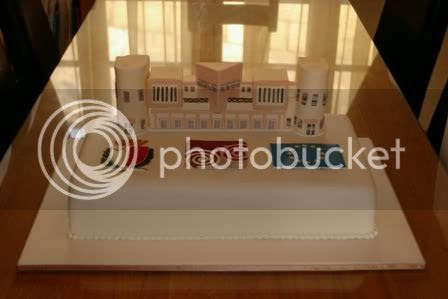 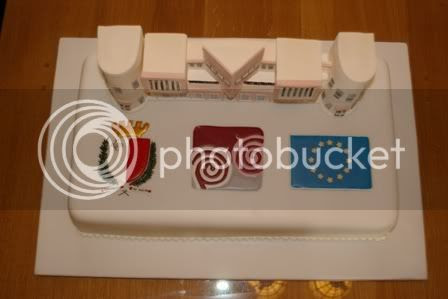 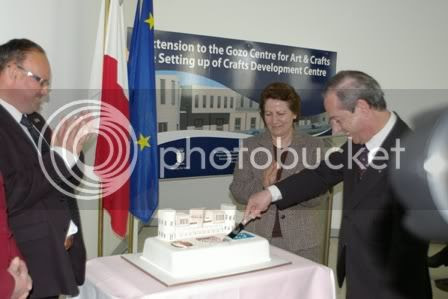 Cake to be cut by the Prime Minister

I had a phone call yesterday from the Gozo School of Arts and Crafts' headmaster. The new annexe to the building is being inaugurated on 27th February The prime minister Dr Lawrence Gonzi will be cutting the ribbon and they would like a cake to celebrate the occasion.

The problem is, they want the cake to have the frontage of the new annexe. I already said I will make the cake so I am dreading the next 3 weeks with so many things to think about. I hope I am up to the challenge.
Posted by simply at 6:29 AM No comments:

Upon delivering a cake

I had a lousy cake to make last week. The young boy aged 7 collects trucks and I asked him to pick his favourite truck so that I can replicate it as a cake. He brought his best but my worst nightmare. It was a truck which could not be made into a cake as there was only the driver's cab and a skip dangling from the back. In a mad moment, I agreed to make a plain cake with a road in the middle of it and then make the truck as a model.

It was so intricate and fragile, it took me 3 days on and off, skip, hydraulic lifters, cab etc. I was so worried that it would collapse any minute so I was really keen to get rid of it. I agreed to deliver it early. Well I had 2 of my sisters staying for the carnival, so off we went to deliver the cake with one of my sisters in the front holding the cake box in her hand so she can use her hands as suspension on these bumpy roads. We met the lady near the chemist, passed over the cake in one piece, she gave me the money which I DID NOT CHECK and put this in the car ashtray (that is where all my spare change end up)

Off we went. My sister decided to check the money and found €5 missing. She went mad and I had to stop the car to search for the missing money. "Not only you undercharge" she said "you do not even check that they give you the right money and people take advantage of you". I tried to tell her that it must have been a genuine mistake and in the end we just laughed so much about it. She threatened to phone the lady about it and I got so fed up listening to my sister that I decided to pretend that I found my the money and took €5 out of my own pocket and told her that I found it under the seat.

Off we went again. The lady had my sister's mobile number and within a few minutes, my sister gets a phone call from this lady. She was very apologetic because she found €5 on the seat of the car and she was sure that it must be part of the cake money. My other sister and I almost wet ourselves with laughter when I heard her say to the lady "No we have the right money here and the €5 must be something else"

I was driving when she got the phonecall but was in tears laughing and had to stop on the side of the road to avoid an accident. I think it was the best laugh we had for months and still think about it.
Posted by simply at 6:25 AM No comments: